We have three of these cheap Liberty Imports RC cars from Amazon that the kids like to play with. They are fairly simple, just two buttons, one to go forward and one to go in reverse. When it goes in reverse it also pivots the car slightly so that it can turn.

We pulled them out this weekend and the wheels on the fire truck version would no longer turn, they would give a slight twitch when the remote button was pushed, but never spun. 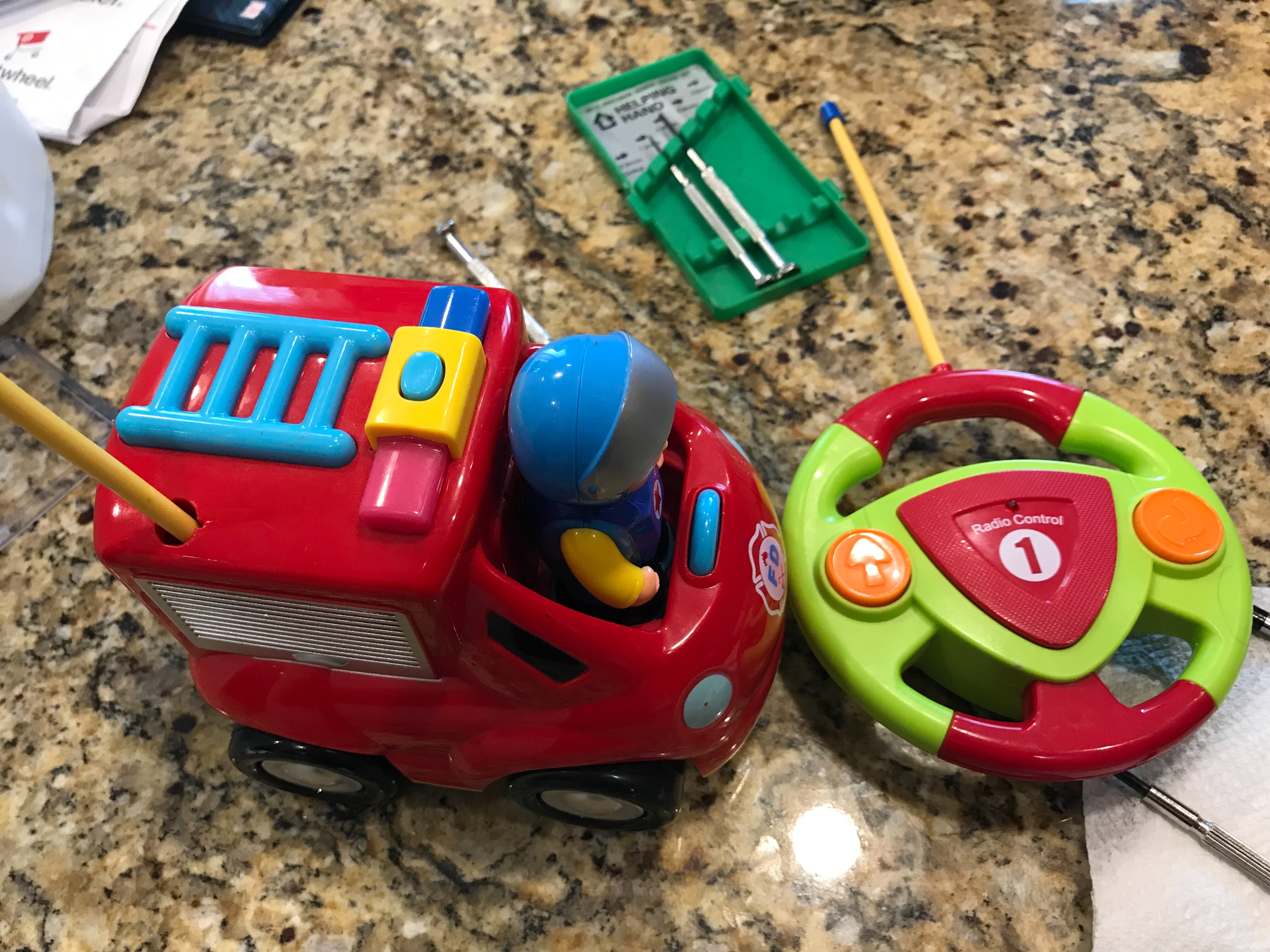 The batteries were fresh and the slight twitch seemed to indicate that the car was receiving a signal. These cars are fairly basic so I started taking it apart to see if I could identify the issue. They all seem to have the same guts so these steps should work for other versions as well.

First up was to remove the six screws attaching the top of the fire truck to the base. 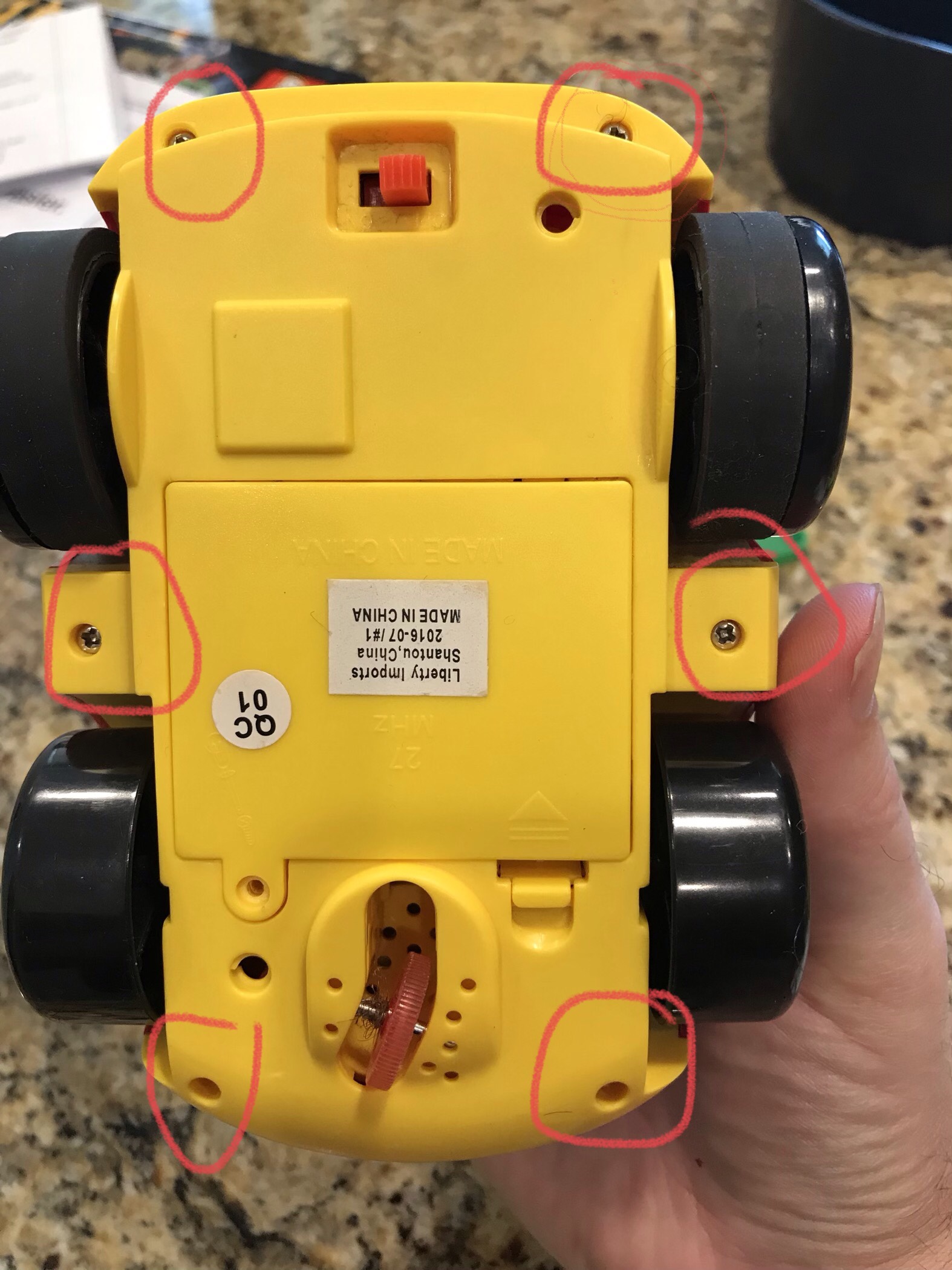 Next step was to remove the antenna screw and the four screws holding the yellow bracket over the motor. Next it was time to remove the four screws to get to the motor and gears. 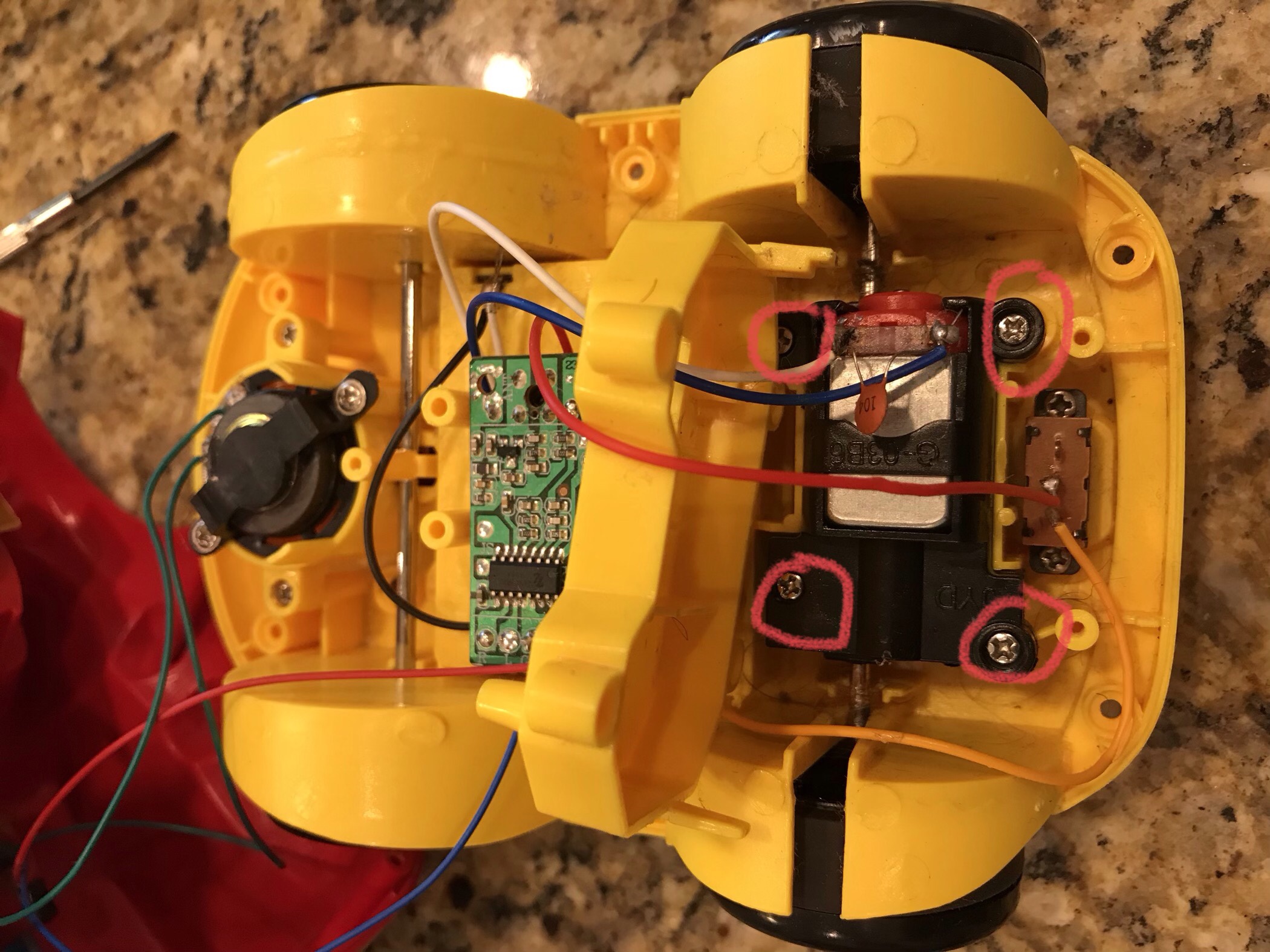 Once the gears were exposed I could easily see that one of the gears had slid out of place and it was just a matter of realigning the pin in the gear and repositioning it. (The above image is after the gear had been reseated properly.)

After that I just completed all the steps in reverse to reassembly the fire truck.

In the end it was an easy fix and worth the time. My three year old was very happy to find his RC fire truck fixed when he got up from his nap.